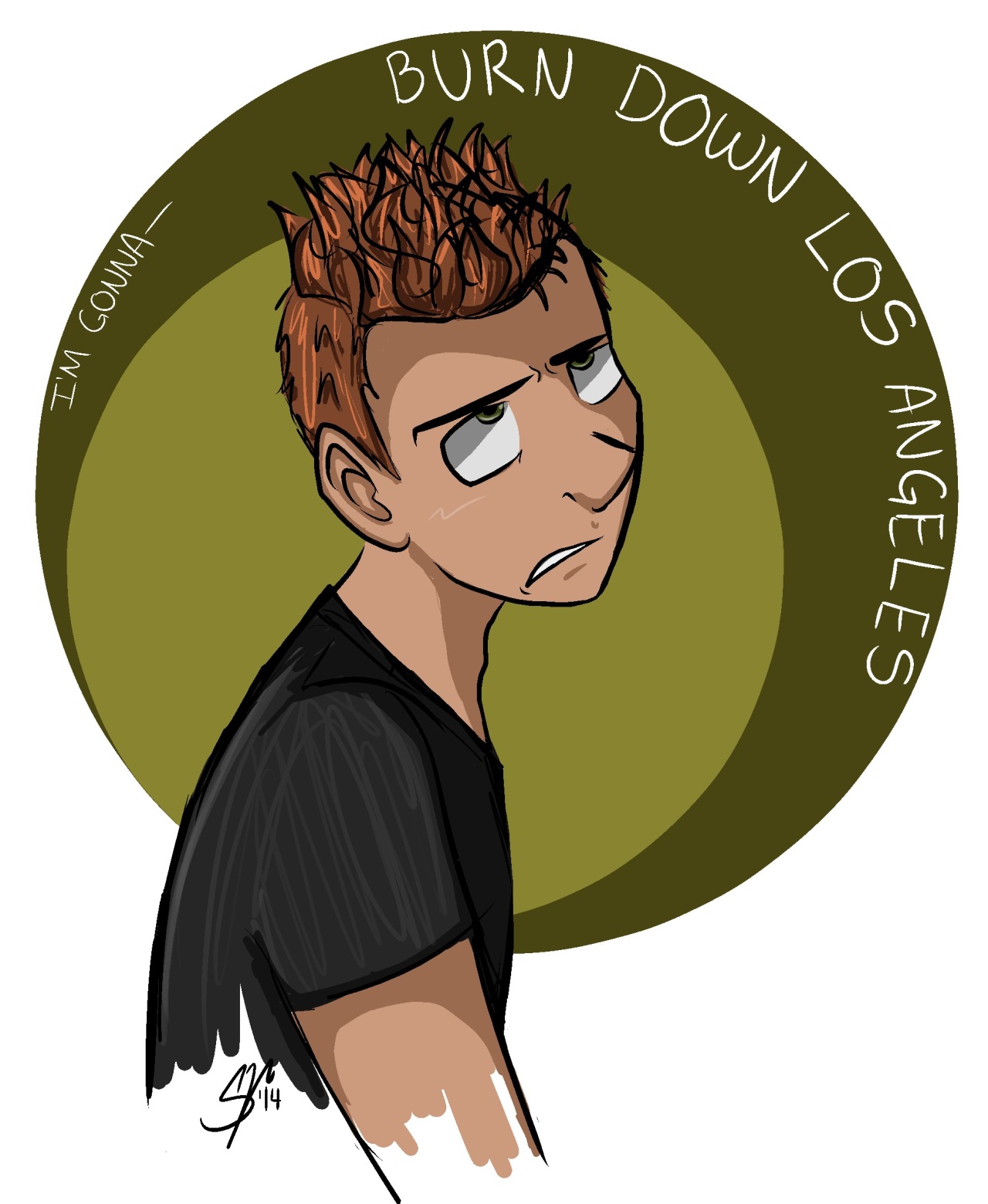 The vision knocked the wind out of her, but then again, they always did. They sent her reeling backwards and she grabbed for something to hold onto so she wouldn’t slip.

She knocked a row of shampoo bottles off the ledge.

“You okay? Did you fall and die in the shower?”

“No,” she called. “I just knocked off the shampoo.”

“Yeah, me too,” Janus replied. She wasn’t dead for now, but something was coming and if it went badly, they all might end up dead.

Janus finished up in the shower then stepped out and dried off. Sato had had her searching for any sign of the Ceres-Liber kid, but her powers weren’t all that useful for pinpointing specific people or occurrences. “I’m not a bloodhound,” she might have told him if she didn’t believe he’d kill her if she did. And she had worked way too hard getting this close to Sato to waste it all on a flippant comment.

Tawnee was on her laptop at the table. Janus cringed. She could hear that incessant dentist-drill buzzing all the way from the hallway. It gave her a headache.

Tawnee looked up when Janus passed her to go to the kitchen.

“Have a nice shower?” she asked.

“Yeah,” said Janus distractedly staring in at the fridge. “I had another vision.”

“No, uh, it’s of a kid,” Janus replied. “Shaved head. Flamethrowers and goggles.”

“Ooh, snazzy,” commented Tawnee, squinting at screen. “Is it anyone important?”

Janus closed the fridge, giving up on finding something to eat. “I don’t know,” she confessed. “I just get feelings and pictures. I must have some connection to them if I’m having visions about them—“

“He sounds pretty ultra-hero to me.”

“That’s the thing: there aren’t that many ultra-heroes. Fifty, tops. And there aren’t supposed to be any new ones, but this kid’s too young to be from the last wave.”

Tawnee looked up from her screen. Janus hadn’t exactly been quiet about ultra-hero lore or goings on. She trusted her implicitly and that meant she talked to her about things she technically shouldn’t be discussing with anyone. But she did anyway. It was her own, minor form of rebellion in a position where rebellion could get you recalled.

Janus finished drying her hair and draped the towel over a dining table chair. She grabbed her keys off the counter.

A man strapped to a chair. Not just a man. An ultra-hero. One that had fallen too many times.

It wasn’t the most clinical arrangement, especially for such an otherwise clinical space, but then again, it’s not like you could just purchase a restraint chair on Ebay. No, they had to make due with what they had.

It was a metal frame, as though steel had been poured directly into a chair-shaped mold. There was a single chain on the back that connected to the two back legs with a ring at the top where the zip-tie for the hands wet through. The front two legs had wide Velcro straps to keep the patient from kicking Sato or one of the other doctors.

The chair was a blemish in their pristine environment, but it always ended up in the center of the room like an art piece because having a patient too close to the wall or the other objects might give him more of a means of escape.

Sato sighed, slipping on a tech-glove as he approached the chair.

“What—where am I?” the man in the chair spluttered.

“Ginesbury, you were supposed to sedate him.”

“I did, sir, but we were busy and he ended up staying in the chair long enough for it to wear off.”

“Ah, well, it can’t be helped, I guess,” said Sato, closing the gap. “It will be over with quickly enough.”

The man pushed back in the chair, staring in horror at Sato’s gloved hand. There’s no way he hadn’t heard of Sato and Ashby’s godlike powers where they could read someone’s mind or even kill them just by touching them.

And Sato and Ashby killed plenty of people. It was assumed for good reasons, but no one really knew the reasons. In ultra-hero circles, the phrase “facing hand” was becoming a common term for talking about death. “Oh her? She faced hand years ago.” “If you go there, you’ll face hand for sure.”

No one ever wanted to face the outstretched hand of Sato, figuratively or literally. It always meant death. If he killed you directly with his touch, well, you were dead. But even if he was just reading your memory, it meant you were on his radar and nobody stayed on his radar for long.

Sato pressed his gloved hand to the man’s forehead. There was a deep, seizing pain ad then he went limp. Gone in seconds.

A/N: Sato is not the man to cross. But everyone already knows that. What they don’t know is that he has to wash the dishes every night after dinner, or he can’t get to sleep. Call it his security blanket, except don’t. You’d probably face hand.