I’ve always been a fan of reading, but lately I’ve been in book overdrive. I just can’t get enough of them! Here’s what is on my To Be Read Pile at the moment. 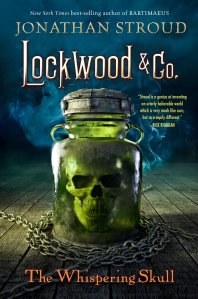 1. The Whispering Skull by Jonathan Stroud. This is the second book in his new series, Lockwood and Co. This serious is about a sensitive named Lucy who joins a ghost-hunting organization headed by the mysterious and dashing Lockwood. There’s a great deal of mystery, twists, spooky stuff, and more than a little of Stroud’s hilarious wit. I am about 200 pages into this and I am in love. His previous series, The Bartimaeus Trilogy, is my absolute favorite book series, so I was foaming at the mouth a little when I heard he was writing another series. 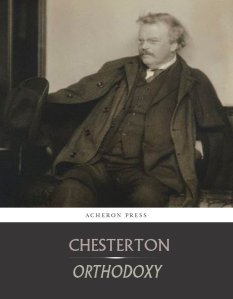 2. Orthodoxy by G. K. Chesterton. This book has been a regular on my TBR pile, but I found a copy of it at a used bookstore and decided to finally give it a go. Orthodoxy is a nonfiction, theological, philosophy book about how Chesterton set out to make his own religion, only to find that everything he believed had already been thought of in Christianity.

Chesterton was a precursor to C. S. Lewis and you can see the theme of magic and fairytales that go through their books.

I’ve been reading this every morning on the train and I am loving it so far. He writes that the world is inherently magical and story-driven, and a sense of wonder is necessary for the human spirit to stay healthy. I would recommend this book to anyone who likes this sort of Christian philosophy book, or to anyone who likes C. S. Lewis, because they are very similar. 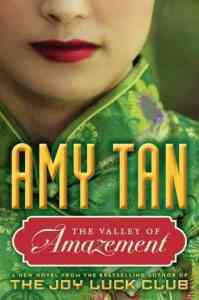 3. The Valley of Amazement by Amy Tan. Amy Tan is one of my all time favorite authors. She has a way of telling a story about family with so much everyday detail that it’s hard to believe her characters aren’t real people. The Valley of Amazement is about the half-Chinese daughter of a courtesan in Shanghai, but it’s also about her mother, back when she lived in San Francisco in 1897.

I spend a lot of my time in San Francisco these days, so I’m always curious about stories that take place there. And I love this time period in China. I’m excited to read this and I’ll probably start it today, even though I’m reading two other books. You can’t stop me.

4. The Wisdom of Father Brown by G. K. Chesterton. I’m on a Chesterton kick these days. The Father Brown stories are a series of short detective stories about a Catholic priest who helps the police solve mysteries. He is aided by his secretary, one of the parish ladies, and the town delinquent, Sid.

I got into these stories from the BBC series by the same name, starring Mark Williams, or Arthur Weasley from Harry Potter. These stories are hilarious, intriguing and more than a little poignant. 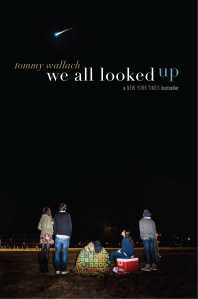 5. We All Looked Up by Tommy Wallach. This is the story of a group of high school seniors trying to live their lives before a meteor hits that will likely wipe them all out.

This sounds like the kind of everyday mixed with reflection on life and death that I enjoy so much. I haven’t read it yet, but I’m excited for it.

6. Dubliners by James Joyce. The only thing I’ve read by Joyce was a short story in school about a dinner party at Christmas that had something to do with ghosts. I don’t remember much about it except that I thought it was great, and I’ve always wanted to read more.

Dubliners is a book of short stories about life in Ireland in the early 1900s. 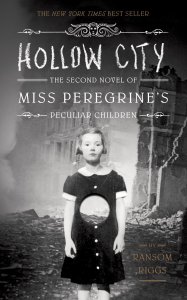 Peculiar Children was so
interesting and dark with all the creepy old pictures. The story itself was okay, but it was good enough and the concept is cool enough that I want to read the next one. And the third one’s coming out in December!

8. More Jhereg books. Steven Brust’s books are so exciting and interesting! It’s about an assassin/witch and his dragon and all the trouble they get into. I read the first one, The Book of Jhereg, and I couldn’t put it down. The volume I have contains the first three books, I think, and I’d love to see what happens next.

9. Harry Potter books three, five, six, and seven. I’ve only read the first two and then number four, and I’d like to finish the series.

10. Inheritance by Christopher Paolini. I’m half-heartedly trudging through Brisingr at the moment. Brisingr started out great, but it has gotten really slow. Maybe it’s the book, maybe it’s just not what I’m looking for at this time. Either way, it’s been a chore. But I loved the first book and I’ve been told that the last book is worth sticking with it, so I’m doing my best.

11. A Song of Ice and Fire by George R. R. Martin. I like the Game of Thrones tv series, but often it’s too much torture and gore for me. I can take more of it written down, and I do love some of the characters and I’d like to see how they end up (or maybe I don’t. I’ve heard things about Mr. Martin and his tendency to torture and kill his characters.)

12. Living the Quaker Way by Philip Gulley. This is a nonfiction, theological book about the core parts of the Quaker faith. Quakerism is a Christian denomination that emphasizes simplicity and nonviolence, which has always been alluring to me. I’ve been reading this off and on and am about half-way through. It’s fantastic so far.

12. The Lizard Sanction by Diane Duane. It’s a Spiderman book I found at a used book
store.

It’s old, has cool pictures, and it’s about Curt Connors, who is one of my favorite Spiderman characters. In this book, the Lizard has traveled to the Florida Everglades, searching for a cure to his condition while Venom is hunting him for unknown reasons. I’m very excited for this one.

What’s on your TBR piles? Is there anything I need to add to mine? Any books that you love that you think I should? Leave it in the comments and I’ll check them out!